Things to see in Kraków 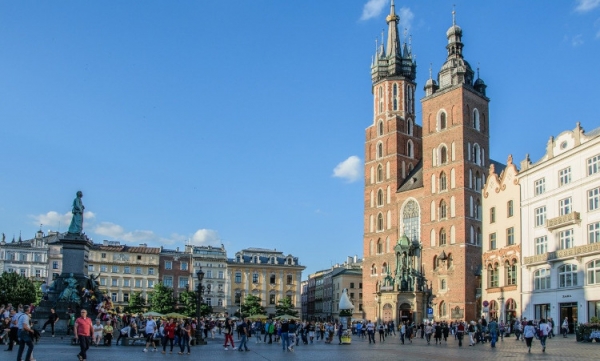 A trip to Auschwitz Birkenau pixabay

Kraków is one of the most popular tourist destinations in Poland. It’s visited by Poles and tourists from abroad. See what you can visit while you’re in Kraków and what trips you can organise from there.

The main stops on the tour of Kraków include the Old Town with its  central tourist attraction, the Market Square. This place is full of interesting historical architecture. While you’re here, you will be able to find traces of history. Discover the reality of ordinary people and famous names from the past. While walking along the historical streets of Kraków, you can travel a few centuries back and see the city as it was in the times of famous artists, like Jan Matejko, men of science, such as Nicolaus Copernicus, and other well-known Poles, among them Tadeusz Kościuszko, whose famous proclamation took place in the Market Square.

Once you’ve seen the city centre, you’re kindly encouraged to proceed to the Jewish quarters - the district known as Kazimierz. This place has recently been revived and regained its lively vibe. It attracts tourists with its unique atmosphere. While you’re there, you may want to visit one of the local restaurants, but before you do, it’s good to learn about the history of this place. This is where the Jews used to live in Kraków - this is where they prayed in the local synagogues, and this is where their burial place was. Later on the Jews were moved from here to the ghetto on the other bank of the Vistula river. A memento of the tragic history of the Jewish nation is the Ghetto Heroes Square (Plac Bohaterów Getta) and Oskar Schindler’s Museum, which is a modern presentation of those days.

Those who want to know more about World War II will be interested in visiting the Auschwitz concentration camp in Oświęcim. A trip to Auschwitz Birkenau is a mandatory stop for all youth trips from Israel, but it’s advisable that Poles visit this place at least once in their lifetime, too.

The Museum and buildings in Auschwitz are a visible proof of the Nazi atrocities. While you’re there, you can walk the way that the prisoners had to follow, after they were brought here in cattle cars. They were forced to live in cramped barracks and then killed in gas chambers. It’s a difficult experience, but if you want to know more about this part of history and see how more than a million people of different nationalities were killed in Auschwitz, this is an important trip to make.