He created his own avatar. Now Paweł Makowski is establishing his own nation 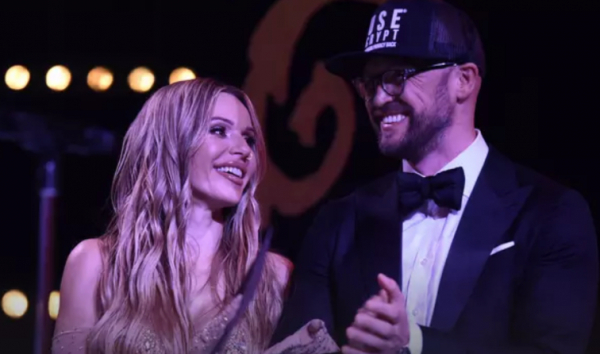 Paweł Makowski never fails to surprise. As a visionary and activist, he is the first Pole to create his avatar that speaks 50 languages. But he’s not planning to stop. He has just announced that he is establishing his own nation.

Polish show business has recently become richer thanks to a new hero, Paweł Makowski. His friends call him “serial entrepreneur”, but he calls himself a visionary-activist. Lately he appeared at Wielka Gala Gwiazd Plejady next to Doda – and together with singer he handed out the award in one of the categories. With this event he officially started his public activity, agreeing to show his own face, and then, in subsequent stages, sharing various parts of his personal life in order to infect people with his own ideals.

We lost the truth somewhere between Instagram filters and cream commercials that celebrities advertise on their public profiles and claim to use. There is no credibility anymore. On Monday they use cream A, on Tuesday cream B. “Show your true self” is one of the ideas that UseScrypt Live shares – our streaming platform with no scams or enhancers. There is truth. No masks. I know how badly people need it, because we are slowly starting to live in a Matrix. Everything is coloured, staged, directed, fake. And to that I say: enough!” – says Paweł Makowski.

He created his own avatar. Now Paweł Makowski is establishing his own nation

His Instagram, TikTok an YouTube profiles are becoming more and more popular, which seems to be confirming his words. Paweł is the first Pole to avatarize himself – and thanks to that his avatar speaks 50 languages. For Makowski there is no insurmountable obstacle in proclaiming the truth – and it’s certainly not a language barrier. His dreams seem too good to come true, but instead of bringing himself down to earth, he continues to plan even more unrealistic things (for those who don’t know him).

Paweł Makowski announced that he is about to establish his own nation Usecrypt Nation, and its inhabitants are characterized by very specific features. Paweł Makowski has a mission – he wants to prove that it is possible to live without the gossip, meanness, unfriendliness, jealousy, luxury, pride and other negative behavior patterns. When asked how he wants to achieve that, he replies: “Pretty normally. I’m sick of those who talk, hurt, wish bad things, do bad things, exclude socially. We cannot accept such behavior and that’s about it”.

Does Makowski want to convert people? Is it because of his zealous faith? Observers can spot a rosary on his neck.

No, I’m not a haunted messiah who decided to save the world and considers himself a messenger of God. It has nothing to do with faith. Atheist can be a good person, can’t he? Can’t a Buddhist set an example of how to be have in specific situations in order to pass a positive message and not build his strength on meanness and cuteness?” – he asks.

Paweł Makowski still believes that it is possible to live without negative emotions.

I bet you’ve seen the “Friends” series and probably, like most of us, you find it brilliant and you still return to old episodes with sentiment. Six friends. Is any one of of them a villian? Showing deliberate meanness? Exactly… They are positive, good, honest, friendly, respectful – and both in their life and in the whole series there is no boredom. Impossible? – he asks.

Paweł Makowski is a father of four children. He laughs that sometimes he forgets to pick them up form school or kindergarden, because in the heat of the meetings and constant activity you can lost track of time really easily. But everything he does - he does for them and their future. And the future of their generation.

I recently read the bible for youngest to my son. Santa Claus gave it to me in 1990. Let me quote one piece: “first people did not have parents. Their mother and father was the God that created them from soil – and put life into them. They were very happy. God named the man Adam and the woman was Eve. Everything, that surrounded Adam and Eve was beautiful and good. Even the animals did not attack each other. And first people were good to one another – and they were good for the animals”. But lets skip the matter of faith, God or the fact, that I took this quote from the Bible. It doesn’t matter. I paid attention to this childish, utopian description of the world because when we, adults, read it, we smile with irony, but child accepts this state of affairs as a the norm, it doesn’t sense nothing that can’t be real here. Child has the good, honesty and truth of those described earlier first people (from the times before they ate the forbidden fruit). Maybe all we need to do is to wake this child up in our own selves? Like: for good? – Paweł asks.

Is Makowski afraid of hatred, perceiving him as a madman and cutting him down in the country where jumping the gun is not always appreciated?

No, not at all. After all: what that hatred is? I wish people could answer this question honestly in a while. Everything evil can be overcome with good and living in harmony with your personal values. And if you apply the “pay it forward” principle and pass on a good intention, thought, deed to other people, then Usecrypt Nation will rise faster than you think – he argues.