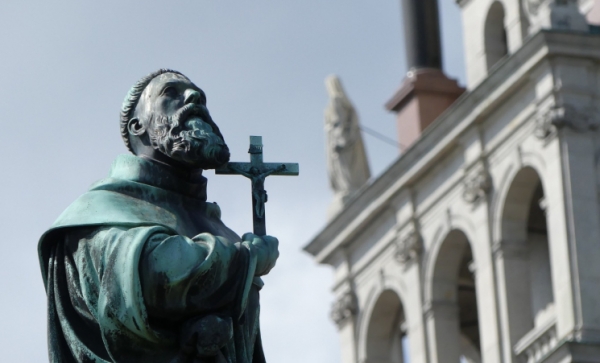 Poland is probably one of the last bastions of Catholicism in Europe. It is well-known for its still active Catholic community. This is probably why places of cult continuously attracts many international pilgrims and tourists. Below we will present a list of most interesting pilgrimage sites by ITS DMC Poland, a renowned tourist agency from Poland, that has been organising international group stays and pilgrimages since 2005.

Jasna Gora Pauline Monastery can be called with no exaggeration religious heart of Poland. It is the most famous pilgrimage site in Poland famous for its Black Madonna icon that is supposed to gain miracles for the believers. The painting has been famous through the ages starting for the medieval times for miracles and healings therefore, tourists can observe here many thanksgiving offerings. The sanctuary has been run by the Order of Saint Paul the First Hermit since 1382. The sanctuary has been already visited by 3 popes John Paul II, Benedict XVI and current pope Francis. ITS DMC Poland suggests to spend at least 1 day here and visit Treasury, Museum of 600 Years Anniversary, Treasure of National Memory, Armoury, Basilica and of course Black Madonna Chapel. In Czestochowa town it is also worth to go to St. Barbara Church and street with numerous religious souvenirs. 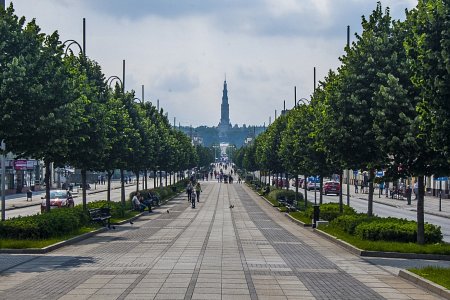 Lagiewniki district of Cracow is famous for the most important, international Divine Mercy Sanctuary. The cult is connected to St. Falstyna Kowalska figure and her revelations. The sanctuary became a popular place for pilgrimages, especially after pope John Paul II beatified and canonized Faustina Kowalska, causing the spread of Divine Mercy devotion. Nowadays, the modern basilica of Divine Mercy, built between 1999 and 2002, is a two-storey building which can accommodate up to 5,000 pilgrims. Tourists visit the new basilica and the old nun’s convent. Close to this complex the new John Paul II Centre was built. ITS DMC Poland suggests to take a stroll from one place to another. John Paul II sanctuary is located only 750 m walk from the Divine Mercy Sanctuary. The believers will find here relics of the saint Polish pope and religious centre with John Paul II exhibition.

It is located close to Cracow. The place was enlisted at the prestigious UNESCO World Heritage List. ITS DMC Poland suggests to take one day trip from Cracow to see the calvary and continue the trip to Wadowice a birthplace of John Paul II to see the modern museum in his birth house. The calvary itself is the only place of such character in the UNESCO List. The Passion-Marian Sanctuary of St. Bernards convent complex consists of basilica and monastery at the top of Zar mountain, 42 chapels and path churches. The monument was built in the architectural style of the late Baroque and it is an exceptional example of calvary architecture in Poland popular during Polish Golden Age.

This pilgrimage destination is situated in Teresin close to Polish capital Warsaw. It is connected with the figure of Saint Maximilian Maria Kolbe, the Catholic martyr who died in Auschwitz-Birkenau Nazi German Concentration Camp during WWII. Currently, it is the sanctuary of the saint and also a place of museum devoted to the friar. The convent has 28 hectares open for the pilgrims. ITS-DMC Poland suggests to visit this place during your Warsaw’s stay and connect it with a visit in the Temple of Divine Providence and also the Museum of the Blessed Friar Popieluszko in Warsaw. 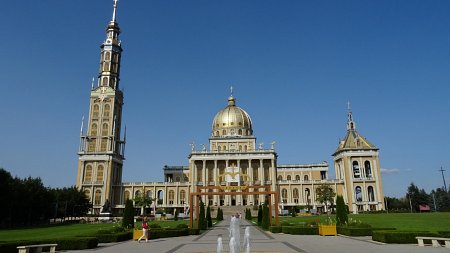 It is the most famous for its contemporary built basilica. Marian devotion in this place dates back to 1852 and cholera epidemics in Lichen area. Still, the construction of the newest basilica started in 1994 and the church was consecrated in 2004. Here tourist find the small image of Our Lady, often referred to by pilgrims as the Sorrowful Mother of Poland that is famous for numerous miracles. Lichen Basilica is the biggest church in Poland, the 7th one in Europe and the 11th one in the world. At the basilica’s bell tower there is also the biggest bell in Poland - Mary Mother of God (which weights almost 15 tones). The organs are also the biggest ones in the country. ITS DMC Poland says that the building is quite controversial in Poland especially because of its size and location far from bigger cities. Nevertheless, it is definitely worth discovery.

The above-mentioned pilgrimage sites just create the core of the most often visited religious sites in Poland. Still, there is much more to see and visit. Good pilgrimages usually also include for example Wambierzyce Basilica, Swieta Lipka Monastery, Pelplin Cathedral, Gniezno Cathedral, Bardo Slaskie, Krzeptowki Sanctuary or Gora Kalwaria. Each bigger Polish city has its own interesting cathedral and many historic churches with multitude of pieces of religious art. Tourists should also include in their tours diocese museums with many precious artefacts. All in all, Poland has much to offer to the believers and religious art lovers. If any of the above-mentioned places caught your interest, feel free to contact ITS DMC Poland, that will help you to organize your trip or pilgrimage to Poland.